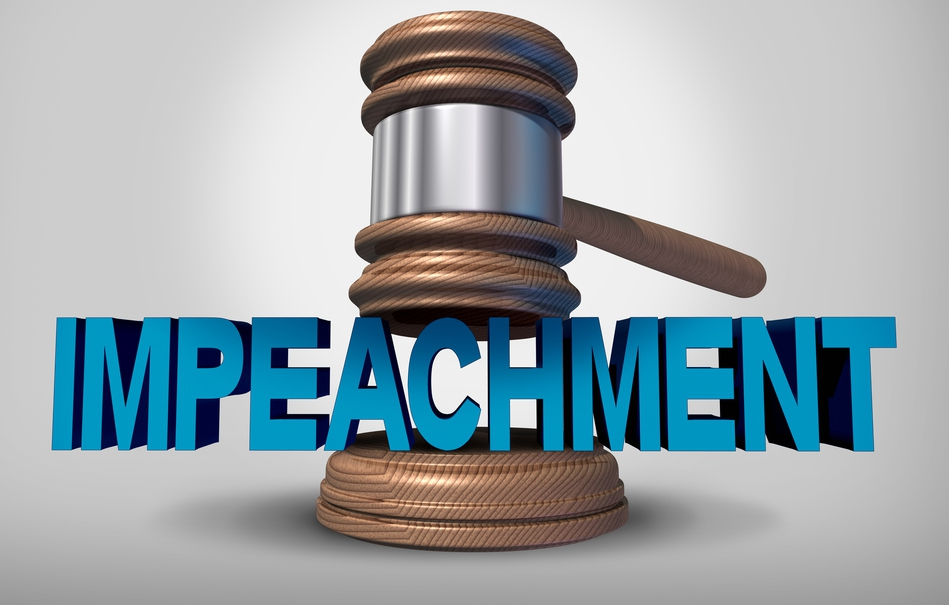 This display coincided with an Impeachment Lunch and Learn presented on March 4, 2020 by Andy Dorchak.

Impeachment is the process by which a

legislative body levels charges against a

government official. Impeachment does not

in itself remove the official definitively from

office; it is similar to an indictment in criminal

law, and thus it is essentially the statement

of charges against the official. Whereas in

some countries the individual is provisionally

removed, in others they can remain in office

during the trial. Once impeached, an

individual must then face the possibility of

conviction on the charges by a legislative

vote, and a judgment which convicts the

official on the articles of impeachment 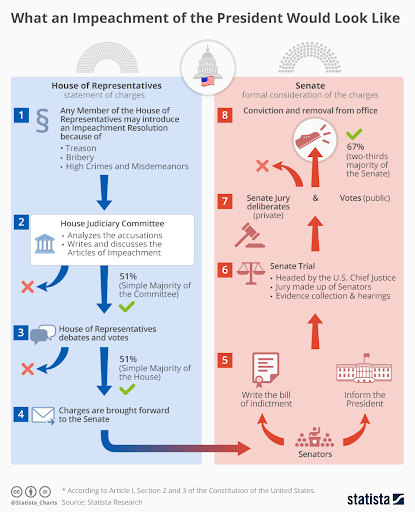 First, the Congress investigates. This investigation typically begins in the House Judiciary Committee, but may begin elsewhere.

Second, the House of Representatives must pass, by a simple majority of those present and voting, articles of impeachment, which constitute the formal allegation or allegations. Upon passage, the defendant has been "impeached".

Third, the Senate tries the accused. In the case of the impeachment of a president, the Chief Justice of the United States presides over the proceedings.Conviction in the Senate requires the concurrence of a two-thirds supermajority of those present. The result of conviction is removal from office.

“The President, Vice President and all Civil Officers of the United States, shall be removed from Office on Impeachment for, and Conviction of, Treason, Bribery, or other high Crimes and Misdemeanors.” 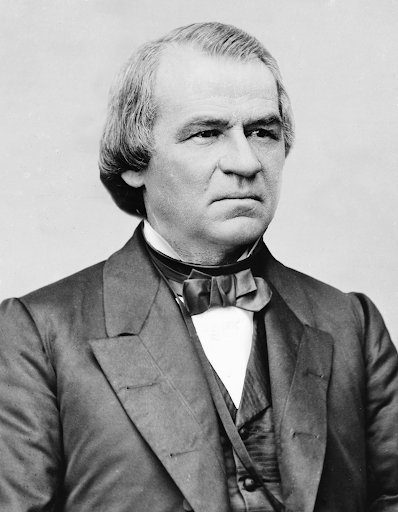 Johnson was the first president to be impeached on March 2-3, 1868. He was charge for violating the Tenure of Office Act by firing Secretary of War, Edwin M. Stanton and trying to replace him with Brevet Major General Lorenzo Thomas. He was later acquitted on May 26, 1868 and finished his term as President. 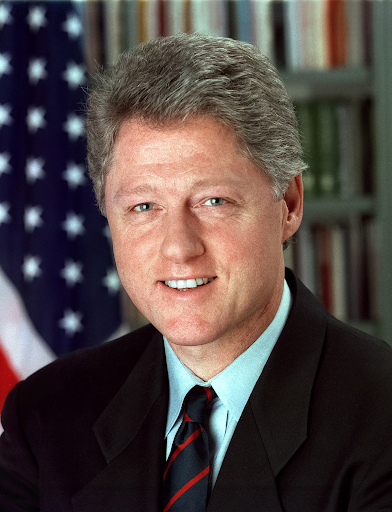 Clinton was the 2nd president to be impeached on December 19, 1998, (110 years after Johnson), for lying under oath and obstruction of justice. On February 12, 1999 he was acquitted of both charges and finished out his second term as president. 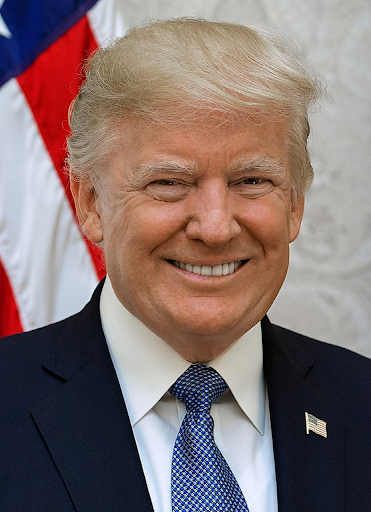 Trump is the 3rd president to be impeached on December 18, 2019 on the charges of abuse of power and the obstruction of Congress. On February 5, 2020 he was acquitted on both accounts. 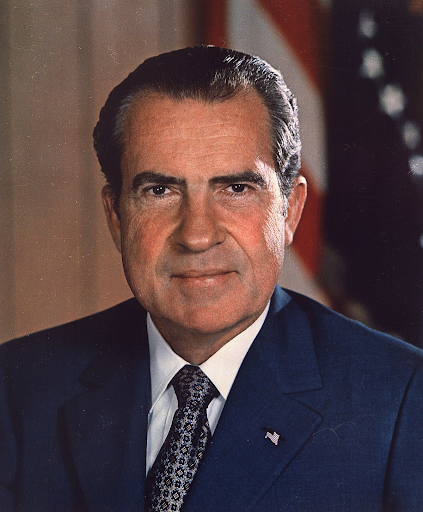 Although the House Judiciary Committee approved three articles of impeachment against Nixon in July 1974, mostly due to the Watergate scandal, the articles against Nixon never came to a House vote. Nixon resigned on August 9, 1974. Although he was never impeached, he is the only president to leave office.