The syllabus for your course is available on Canvas.

These study aids are available online.  Please click the hyperlinked title to view them. For instructions on how to use the specific platforms, including troubleshooting, please view Andy Dorchak's Study Aids Research Guide.

Computer-Aided Legal Instruction (CALI) requires an authorization code to use. If you do not have a CALI account, please contact Kieran Layton or the reference desk for assistance.

If you have not registered your Quimbee account, please contact Kieran Layton or the reference desk for assistance. 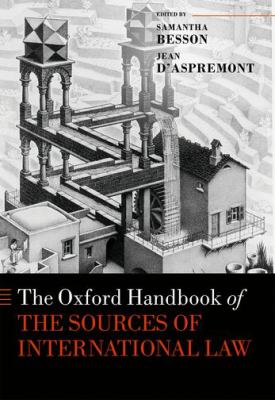 The Oxford Handbook of the Sources of International Law 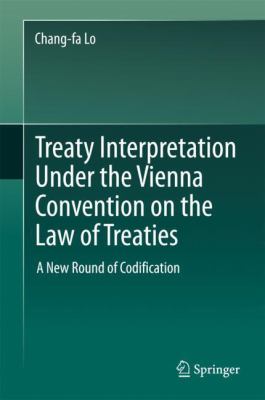 Treaty Interpretation under the Vienna Convention on the Law of Treaties: A New Round of Codification 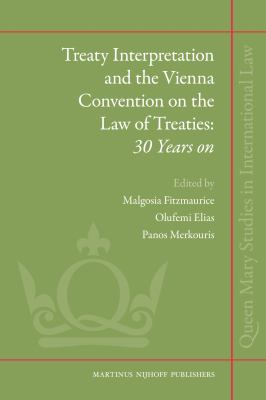 Treaty Interpretation and the Vienna Convention on the Law of Treaties: 30 Years On

Interpretation has always been a cornerstone of international adjudication. This book offers a comprehensive analysis, both on a theoretical and a practical level, of where the principles of interpretation enshrined in Articles 31-33 of the VCLT currently stand. 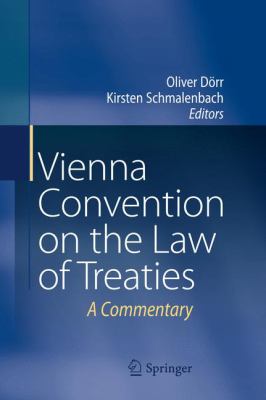 Vienna Convention on the Law of Treaties

The Commentary on the Vienna Convention on the Law of Treaties provides an in-depth article-by-article analysis of all provisions of the Vienna Convention. The texts are uniformly structured: (I) Purpose and Function of the Article, (II) Historical Background and Negotiating History, and (III) Elements of the Article. The Vienna Convention on Treaties between States and IOs and between IOs is taken into account where appropriate. In sum, the present Commentary contains a comprehensive legal analysis of all aspects of the international law of treaties. Where the law of treaties reaches into other fields of international law, e.g. the law of state responsibility, the relevant interfaces are discussed and contextualized. With its focus on international practice, the Commentary is addressed to academia, as well as to practitioners of international law. The doctrine of peremptory norms (jus cogens) is a set of core obligations in international law. In this volume in the Elements of International Law series, Dinah Shelton explores its origins and history, its revival in the twentieth century, and its place in international and domesticjurisprudence. Providing a fresh, objective, and non-argumentative approach to the discipline of international law, the Elements series is an accessible go-to source for practicing international lawyers, judges and arbitrators, government and military officers, scholars, teachers, and students.Beginning with the writings of Grotius, Vattel, and Suarez, Shelton shows how the theory of jus cogens drew upon Roman law for its foundations. In the subsequent chapter, she considers the emergence of positivism and its rejection of any non-consensual basis for binding States to internationalnorms. She then turns to the re-emergence of jus cogens in theories of the twentieth century and its place in the modern law of treaties. The volume includes extensive analysis of the interpretation of jus cogens obligations by international courts and tribunals, as well as by various domesticcourts, including those of Italy, Greece, Canada, the US, and the UK. The volume concludes with a consideration of the place of jus cogens in modern scholarship. 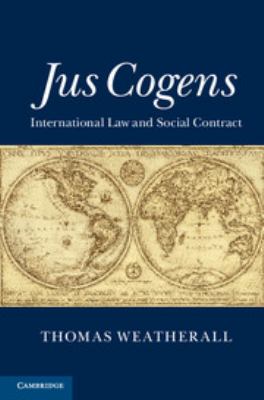 One of the most complex doctrines in contemporary international law, jus cogens is the immediate product of the socialization of the international community following the Second World War. However, the doctrine resonates in a centuries-old legal tradition which constrains the dynamics of voluntarism that characterize conventional international law. To reconcile this modern iteration of individual-oriented public order norms with the traditionally state-based form of international law, Thomas Weatherall applies the idea of a social contract to structure the analysis of jus cogens into four areas: authority, sources, content and enforcement. The legal and political implications of this analysis give form to jus cogens as the product of interrelation across an individual-oriented normative framework, a state-based legal order, and values common to the international community as a whole. 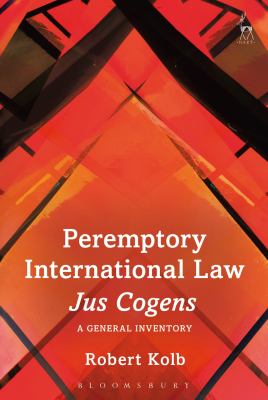 Robert Kolb, one of the leading international scholars of his generation, offers a seminal survey of the question of peremptory international law. The author analyses and systemises different questions, such as: the typology of peremptory norms beyond the Vienna Convention on the Law of Treaties; here he distinguishes between 'public order' jus cogens and mere 'public utility' jus cogens. Furthermore, what about relative jus cogens, such as regional jus cogens norms or conventional jus cogens norms? What about some consequences of jus cogens breaches in the law of State responsibility: are they themselves jus cogens? Thus, can individual war reparations be renounced by lump-sum agreements? What happens if different jus cogens norms are in conflict? Is there a difference between the scope of jus cogens in inter-State relations and its scope for other subjects of law, such as the UN and its Security Council? Is jus cogens necessarily predicated on the concept of a hierarchy of norms? What is the exact extent of the peremptory nature of some rules? Sometimes, only the core of a principle is peremptory, while its normative periphery is not. Also, in the use of force, the peremptory character of the provision is compatible with agreements falling under the recognised exceptions, such as collective self-defence. These and other unusual questions are discussed in the present book. 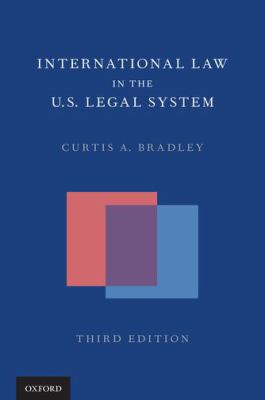 International Law in the US Legal System

International Law in the U.S. Legal System provides a wide-ranging overview of how international law intersects with the domestic legal system of the United States, and points out various unresolved issues and areas of controversy. Curtis Bradley explains the structure of the U.S. legal system and the various separation of powers and federalism considerations implicated by this structure, especially as these considerations relate to the conduct of foreign affairs. Against this backdrop, he covers all of the principal forms of international law: treaties, executive agreements, decisions and orders of international institutions, customary international law, and jus cogens norms. He also explores a number of issues that are implicated by the intersection of U.S. law and international law, such as treaty withdrawal, foreign sovereign immunity, international human rights litigation, war powers, extradition, and extraterritoriality. This book highlights recent decisions and events relating to the topic, including various actions taken during the Trump administration, while also taking into account relevant historical materials, including materials relating to the U.S. Constitutional founding. Written by one of the most cited international law scholars in the United States, the book is a resource for lawyers, law students, legal scholars, and judges from around the world. 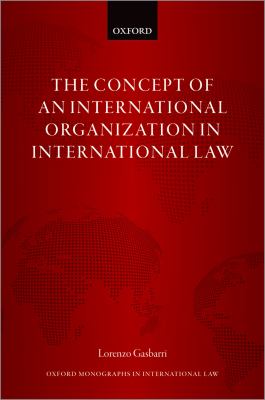 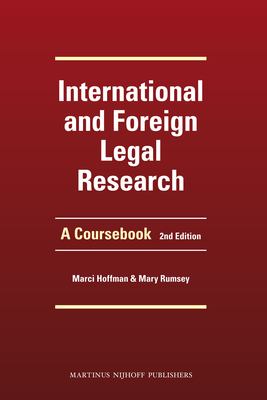 International and Foreign Legal Research: A Coursebook emphasizes legal research strategies applicable across the landscape of research sources. Topics covered in the book range from a general chapter on basic concepts to five chapters on particular subjects of international law. Each major aspect of research, such as using periodical indexes, is treated once in depth. Elsewhere in the book, other sections refer readers to that in-depth treatment, while adding information specific to the topic being discussed. A companion website is also made available to help users of the book stay up-to-date on new sources and strategies. 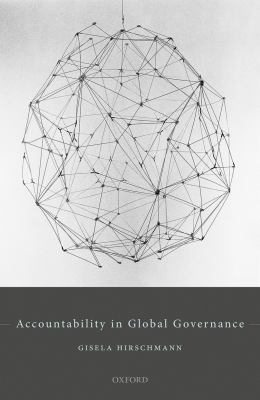 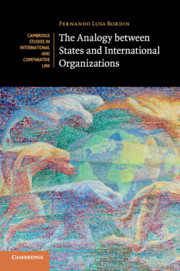 The Analogy Between States and International Organizations 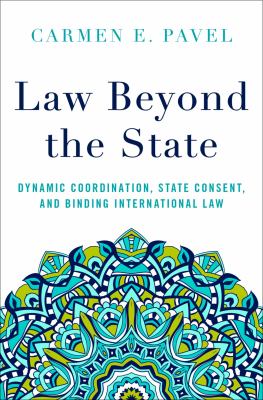 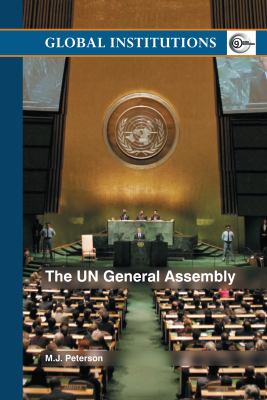 The United Nations General Assembly is arguably the most important discussion forum in global politics. This is a concise and accessible introduction to its history, organization and politics. Examining the development of the Assembly as a forum for improving international cooperation, this study details its development of shared norms and goals in the political context of the immediate post-World War II era. The Assembly has had to adapt quickly to the Cold War, the South-North contentions over development, the dissolution of the Soviet bloc and the rise in concern about terrorism. This study also presents a fascinating look ahead to three potential futures: a world of states, a world government, and a world of network governance. To flourish in any of these contexts it shows how the practices of the institution will require considerable change. The common criticisms of the Assembly are also covered in depth, such as that it is just a talking shop; that it is hamstrung by the Security Council and that it benefits the rich at the expense of the poor. This is an ideal book for students of the United Nations, international organizations and global governance. 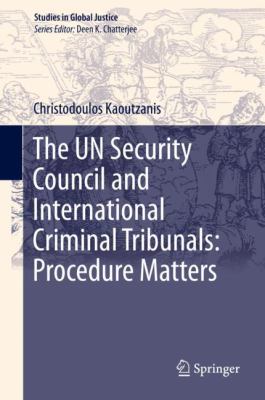 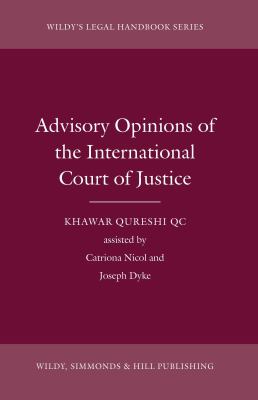 Advisory Opinions of the International Court of Justice