Updates from your helpful library staff. 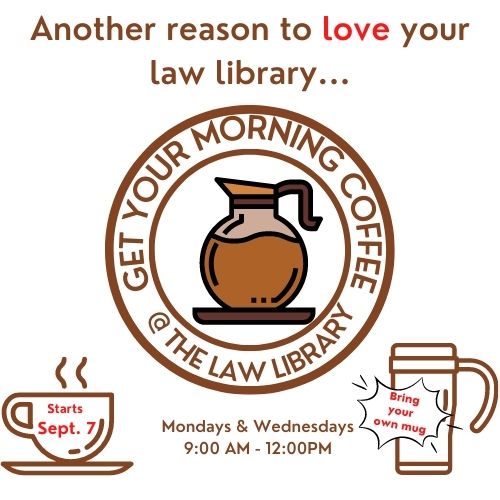 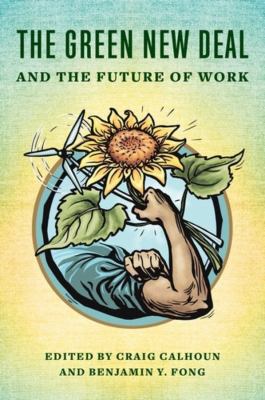 The Green New Deal and the Future of Work

Catastrophic climate change overshadows the present and the future. Wrenching economic transformations have devastated workers and hollowed out communities. However, those fighting for jobs and those fighting for the planet have often been at odds. Does the world face two separate crises, environmental and economic? The promise of the Green New Deal is to tackle the threat of climate change through the empowerment of working people and the strengthening of democracy. In this view, the crisis of nature and the crisis of work must be addressed together-or they will not be addressed at all. This book brings together leading experts to explore the possibilities of the Green New Deal, emphasizing the future of work. Together, they examine transformations that are already underway and put forth bold new proposals that can provide jobs while reducing carbon consumption-building a world that is sustainable both economically and ecologically. Contributors also debate urgent questions: What is the value of a federal jobs program, or even a jobs guarantee? How do we alleviate the miseries and precarity of work? In key economic sectors, including energy, transportation, housing, agriculture, and care work, what kind of work is needed today? How does the New Deal provide guidance in addressing these questions, and how can a Green New Deal revive democracy? Above all, this book shows, the Green New Deal offers hope for a better tomorrow-but only if it accounts for work's past transformations and shapes its future. 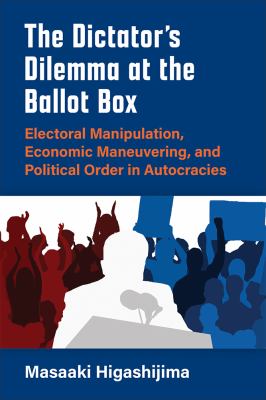 The Dictator's Dilemma at the Ballot Box

Contrary to our stereotypical views, dictators often introduce elections in which they refrain from employing blatant electoral fraud. Why do electoral reforms happen in autocracies? Do these elections destabilize autocratic rule? The Dictator's Dilemma at the Ballot Box argues that strong autocrats who can garner popular support become less dependent on coercive electioneering strategies. When autocrats fail to design elections properly, elections backfire in the form of coups, protests, and the opposition's stunning election victories. The book's theoretical implications are tested on a battery of cross-national analyses with newly collected data on autocratic elections and in-depth comparative case studies of the two Central Asian republics of Kazakhstan and Kyrgyzstan. 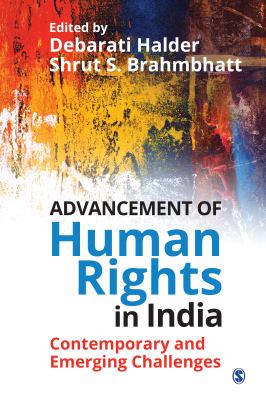 Advancement of Human Rights in India

Human rights, despite being prone to serious obstacles, have garnered immense attention in the recent years. This book is an authoritative study of the recent trends and challenges of human rights in India, focusing on the advancement of judicial activism and gross violations of these rights by the government and private stakeholders.Covering a wide range of topics, Advancement of Human Rights in India: Contemporary and Emerging Challenges features critical discussions on the legal rights of women, children, forest tribes, disabled individuals, prisoners and other socially disadvantaged groups whose welfare is heavily neglected, and thus, needs urgent attention. This book also addresses contemporary debates on consular access, privacy, paternity leave and food security, among others. This book acknowledges progress in the fight for human rights and also presents possible solutions to the many difficulties that lie ahead. 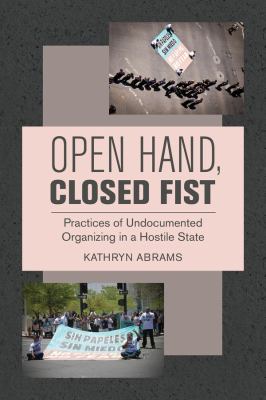 How does a group that lacks legal status organize its members to become effective political activists? In the early 2000s, Arizona's campaign of "attrition by enforcement" aimed to make life so miserable for undocumented immigrants that they would "self-deport." Undocumented activists resisted hostile legislation, registered thousands of new Latino voters, and joined a national movement to advance justice for immigrants. Drawing on five years of observation and interviews with activists in Phoenix, Arizona, Kathryn Abrams explains how the practices of storytelling, emotion cultures, and performative citizenship fueled this grassroots movement. Together these practices produced both the "open hand" (the affective bonds among participants) and the "closed fist" (the pragmatic strategies of resistance) that have allowed the movement to mobilize and sustain itself over time. 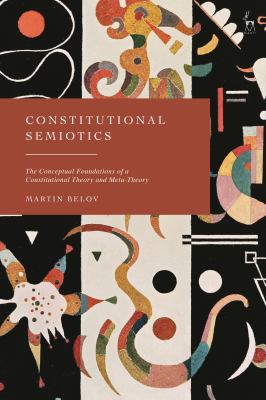 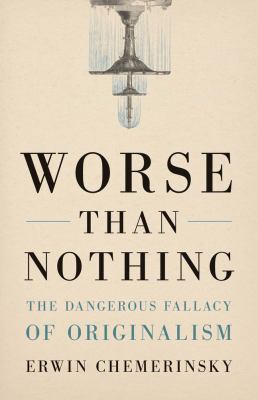 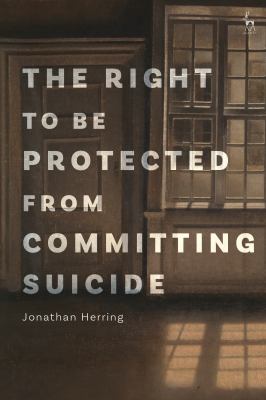 The Right to Be Protected from Committing Suicide

This book argues that suicidal people have the right to receive treatment and for reasonable steps to be taken that they are protected from killing themselves. Those suffering threats to life from mental health issues deserve the same protection as those who face threats to life from ill health or violence from others. The book explores the ethical and legal case for giving those beset with suicidal thoughts the treatment they need and for reasonable steps to be taken to prevent them attempting suicide. Debates around suicide tend to be dominated by cases involving those with terminal medical conditions seeking assisted dying. But of those wishing to die, it is far more common to find middle aged men and young people oppressed by mental health and personal problems. Too often the woeful failure in the funding of mental health services in the UK means that suicidal people are denied the support and help they desperately need. This ground-breaking book makes the legal and ethical case for recognising that the state and public authorities have a duty to provide and implement an effective suicide prevention strategy. 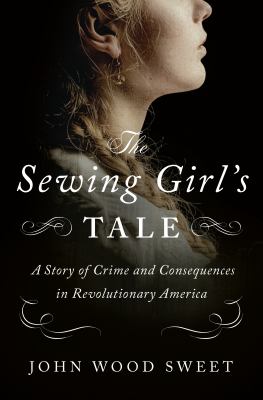 On a moonless night in the summer of 1793 a crime was committed in the back room of a New York brothel--the kind of crime that even victims usually kept secret. Instead, seventeen-year-old seamstress Lanah Sawyer did what virtually no one in US history had done before: she charged a gentleman with rape.Her accusation sparked a raw courtroom drama and a relentless struggle for vindication that threatened both Lanah's and her assailant's lives. The trial exposed a predatory sexual underworld, sparked riots in the streets, and ignited a vigorous debate about class privilege and sexual double standards. The ongoing conflict attracted the nation's top lawyers, including Alexander Hamilton, and shaped the development of American law. The crime and its consequences became a kind of parable about the power of seduction and the limits of justice. Eventually, Lanah Sawyer did succeed in holding her assailant accountable--but at a terrible cost to herself.Based on rigorous historical detective work, this book takes us from a chance encounter in the street into the sanctuaries of the city's elite, the shadows of its brothels, and the despair of its debtors' prison. The Sewing Girl's Tale shows that if our laws and our culture were changed by a persistent young woman and the power of words two hundred years ago, they can be changed again. 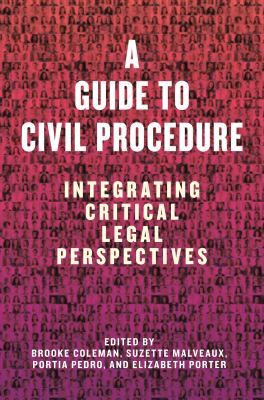 A Guide to Civil Procedure

Shines a light on the ways in which civil procedure may privilege--or silence--voices in our justice system In today's increasingly hostile political and cultural climate, law schools throughout the country are urgently seeking effective tools to address embedded inequality in the United States legal system. A Guide to Civil Procedure aims to serve as one such tool by centering questions of systemic injustice in the teaching, learning, and practice of civil procedure. Featuring an outstanding group of diverse scholars, the contributors illustrate how law school curriculums often ignore issues such as race, gender, disability, class, immigration status, and sexual orientation. Too often, students view the #MeToo movement, Black Lives Matter, immigration/citizenship controversy, or LGBTQ+ issues as mere footnotes to their legal education, often leading to the marginalization of many students and the production of graduates that do not view issues of systemic injustice as central to their profession. A Guide to Civil Procedure reveals how procedure is, and always has been, a central pressure point in the struggle to eradicate structural inequality and oppression through the courts. This book will give students and scholars alike a more complex view of their roles as attorneys, sharpen their litigation skills, and provide a stronger sense of community and purpose in the law school classroom. 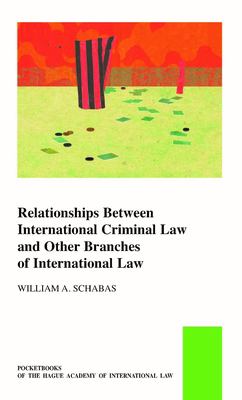 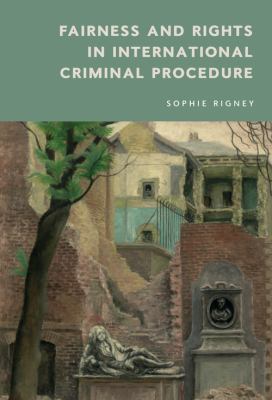 Controversial cases such as the Karadžić trial and the Bemba acquittal have highlighted the importance of fairness in international criminal trials. Through an in-depth critical analysis of procedural decisions at the ICTY and ICC between 2008 and 2018, Sophie Rigney shows that there is a clear separation between fairness and rights in practice. Rigney demonstrates the various ways that fairness is invoked in international criminal law decisions - ways that are not always consistent, and are frequently at odds with defendants' rights. She builds a new theoretical framework for understanding the concept and application of fairness and rights in international trials. In this way, she offers new paths for solving the problems currently plaguing those researching, designing, practising, adjudicating and being judged by international criminal law.