Provides a study of the separation of powers in national security matters, presidential war powers, congressional and presidential emergency powers, the domestic effect of international law, the use of military force in international relations, investigating national security threats, the Freedom of Information and Privacy Acts, access to national security information in the federal courts, and restraints on disclosing and publishing national security information. The course builds upon a strong foundation of constitutional law and addresses the fundamental tension that exists in our foreign and domestic affairs by virtue of the constitutional separation of powers between the respective branches of government. Several classroom hours will be spent dealing with constitutional war powers and how the executive and legislative branches have tried to define their respective measures of expressed and implied power with regard to the Vietnam War, the War Powers Resolution of 1973, and more recent US incursions such as the first Persian Gulf War and the most recent invasion of Iraq. 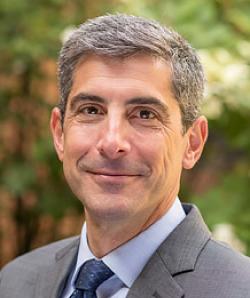 Prof. Avidan Cover is the Associate Dean for Academic Affairs and the Director of the Institute for Global Security Law and Policy for the Frederick K. Cox International Law Center at Case Western Reserve University School of Law. He teaches International Law; International Human Rights Law; and a Race, Law and Society seminar.

The syllabus for your course is available on Canvas.